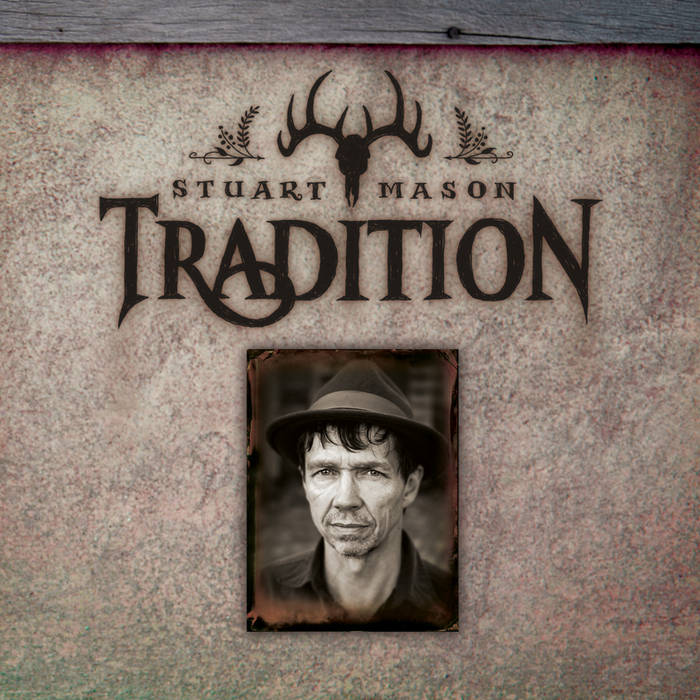 On his second solo album Tradition, Stuart Mason draws deeply from his West Virginia heritage with deft instrumental work and evocative vocals. Aided by a short roster of like-minded players, he finds something both compelling and personal in this setlist of dark mountain ballads, haunting gospel tunes and lively instrumental numbers.

Tradition marks a kind of musical homecoming for this veteran folk artist. “I dearly love the old songs,” he says. “My sources range from North Carolina fiddler Joe Thompson to Missouri collector Max Hunter and Midwestern blues man Charlie Parr. I would consider most of these songs to be standards in the old time music world. My goal was to capture my own arrangements of some of the classic chestnuts that I’ve been singing for years.”

Mason's choice of instrumentation has a big impact. “The defining sound on this album is that of my fretless tackhead banjo,” he says. “I like its mellow tone and lower-pitched tuning. Long-time fans who are accustomed to hearing me play my old Martin axe and Gibson 1918 mandola will hear that, too. I use Tom Waitsian studio effects like telephoned vocals and stomping feet. On one track, I clacked a set of deer antlers to the beat, because it sounded good to me. I just try to listen to what the song calls for, rather than try to fit into any formula.”

Along with co-producer Ryan Davidson (who also contributed bass fiddle and harmonica), Mason enlisted fiddlers Gary Arcemont and John Weed, slide guitarist Tony Furtado, mandolinist Kenny Blackwell, tinwhistle player David Brewer and vocalist Amber Cross to give the album an authentically rustic yet finely honed patina. From the weathered Appalachian feel of “Red Rocking Chair” and “Oil in My Vessel” to the jazz-tinged simmer of “Rattlesnake” and the jaunty country spirit of “All the Good Times Are Past and Gone,” Mason and his bandmates freely range across moods and eras with an adventuresome spirit.

Tradition reflects Mason’s desire to find new ways to express his abiding love for vintage American sounds. Now a resident of California's Central Coast, he has won awards for traditional singing (Goleta Old-Time Fiddler’s Convention), mandola (Topanga Banjo and Fiddle Contest) and songwriting (West Coast Songwriter's Association). As part of ensembles like Molly’s Revenge and Little Black Train or on his own, his work always reflects both his roots and his vision.

“I use the word ‘oldternative’ to describe what I do,” Mason says. “What if you went back to the old repertory and updated it without the homogenizing influences of modern bluegrass and Nashville country? That’s what I’m exploring. To me, old is the new alternative.”

It’s a unique approach that makes Tradition a vivid reimagining of the American musical past.

Old is the new alternative.

Bandcamp Daily  your guide to the world of Bandcamp